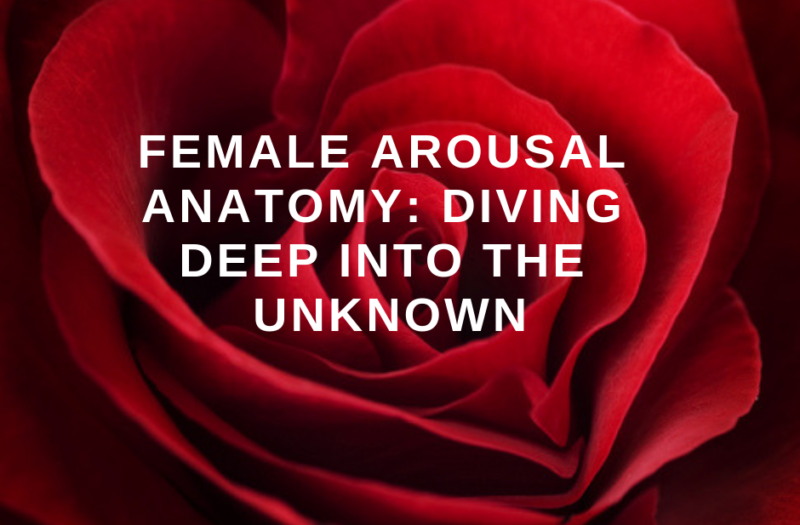 Sacred Cave or Down There?

Pussy, yoni, cunt, vagina. What do you call your genitals?

In the Tantric tradition the word yoni is used to name the whole of the vulva, directly translated to ‘sacred cave’ here you meet the majesty of the feminine in all her glory, wonder and divinity. This may feel a remote description for many yoni owners, as ‘down there’ can often be a place of disconnection and shame compounded by a lack of pleasure based sex education.

When I started on the path of Tantra I realised, despite being sexually aware, I was actually really poorly educated in the basics of female sexual anatomy. Since then I made it my mission to educate myself and other yoni owners so we can all have a working knowledge, like a road map, of female arousal, pleasure and how to get the most from our sexuality.

Female Arousal Network: Getting the Lights Turned on!

Imagine a string of fairy lights, as each light is illuminated brightness increases, well it’s the same in female arousal. As each part of the female arousal network lights up, through conscious touch,  pleasure increases. The starting point is knowing the location of each part on the arousal network in your own body and building a relationship with it and in doing so female orgasm becomes varied and deeper.

Ready for the Tour?

Perhaps the most commonly known of our pleasures structures is the clitoris, tucked at the top of the vulva covered by a membrane of skin called the prepuce, the clitoris and the penis share the same origins and are comprised of the same erectile tissue. What’s absent from most people’s knowledge, are the presence of the clitoral legs which run from the base of the shaft into the outer lips, giving the clitoris an overall length of up to 10cm. More surface area = more potential pleasure!! 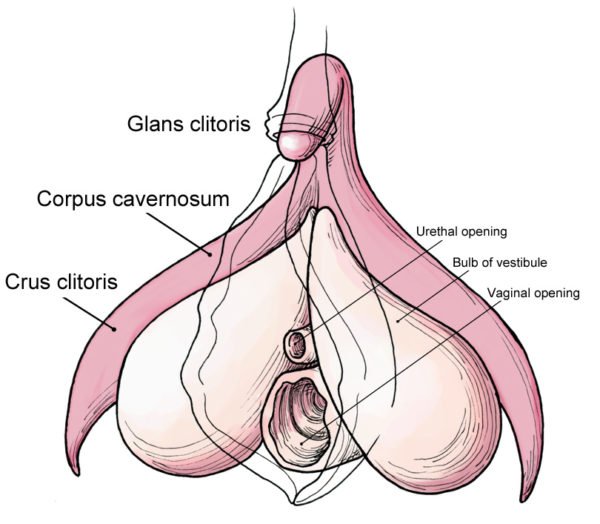 Next on our tour are the vestibular bulbs, these are spongy erectile tissues nestled in the outer lips of the labia, as we become aroused they engorge with blood and give the appearance of fuller plumper lips, like nature’s own collagen!

The Ubiquitous G-Spot: Not as Deep as you Think

As we step inside on the anterior wall of the vagina lies the ubiquitous G-spot. Positioned much closer to the vaginal opening than most realise, this flared rocket shaped structure, has been the source of so much misunderstanding in female sexuality. 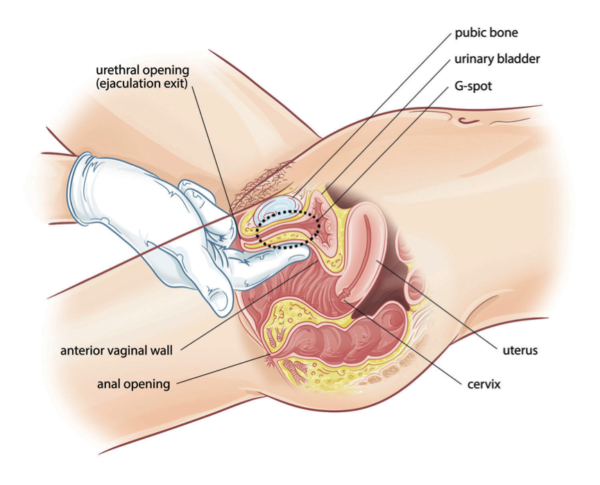 Despite the name the G-spot isn’t a spot, it’s a structure of a couple of cm wide and about 5cm long. Comprising of the head, body and tail, it forms the connection between the urethral sponge wrapped around the urethra and the anterior wall of the vagina. Given the urethral sponge is formed of erectile tissue there is a capacity for intense pleasure here, however many women experience numbness or pain and avoid touching or focusing on this structure.

In the Flow: the Nectar of the Goddess

As the urethral sponge becomes engorged there is an accumulation of prostatic fluid which can be emitted from the body in the form of female ejaculate. This ejaculate leaves the body through the paraurethral ducts either side of the urethra, through the vaginal opening and some research suggests it leaves through the urethra itself.  Due to its proximity to the urethra stimulation of this area can create the feeling of needing to pee, causing some women to pull back and prevent the flow of what the ancient Daoists called Amrita, the nectar of the goddess, from flowing forth!!

The Cervix and Pleasure

Hanging down from the uterus, the cervix is a muscular structure, and while capable of feeling great pleasure many women have pain and less pleasant sensations here, often owing to deep thrusting penetration where the incoming object bangs against the cervix, through smear tests, biopsies and colposcopies where cells and or tissue are removed from areas of the cervix, creating what’s called ‘armouring’.

The inner and outer lips are like the petals of an orchid, holding everything in place, and while the outer lips house the vestibular bulbs, the inner lips are comprised of a more delicate tissue, a mucous membrane that if touched, with enough sensitivity and moisture to avoid dragging, it will unfurl like the petals of a flower revealing the vaginal opening, urethral opening and the position of the Bartholin’s glands whose function is to secrete fluid similar to pre-cum from a penis, into the opening of the vagina, it’s the wetness we feel when first aroused.

When our wounded parts are touched consensually we can work through the layers of pain, by meeting the sensations as they present themselves to us. Whether that’s stinging, numbness, sharpness, or nausea, they all have a place in the vastness of ourselves. If we shift of our loving consciousness towards these sensations they complete and release from our bodies. The resultant spaciousness gives rise to increased pleasure creating feelings of wellbeing, healing and expansion.